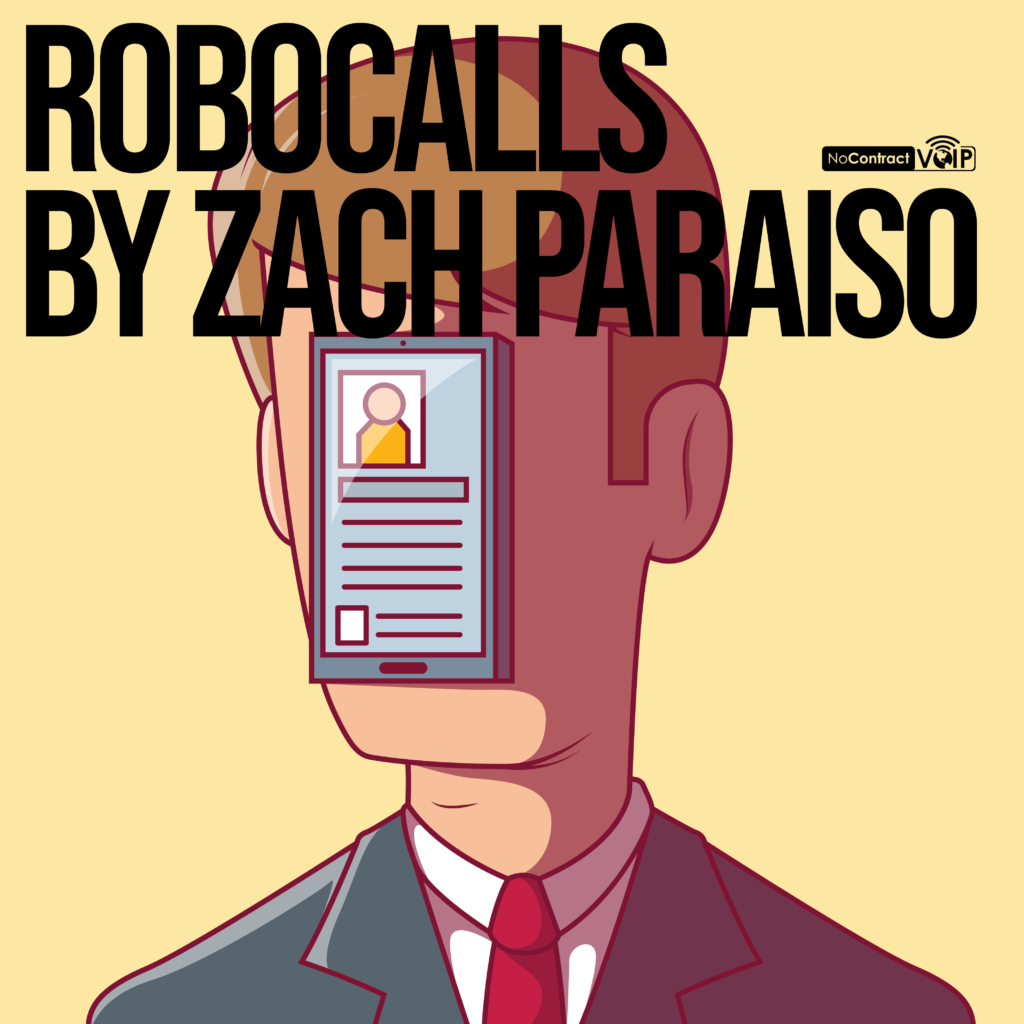 “Hi, this is Suzie calling from the vehicle service department. We are calling about your vehicle’s manufacturer warranty.”

If you have been notified by unknown numbers that your car’s manufacturer warranty is about to expire, you are certainly not alone. A report done by Robokiller, a telemarketer and robocalling blocking application, projected that 71.5 billion spam calls will have been placed by the end of 2021. Scammers will utilize fake caller IDs (spoofing) to avoid being easily blocked and there is no pattern to the IDs that they do use. As a result, typical cell phone users have been effectively driven away from answering any calls from numbers not already in their address book. Thankfully, as we will discuss later, recent communications regulations have been successful in establishing a nationwide standard of fighting robocalls.

So how do robocalls work? And what is being done to thwart these scammers?

The Merriam-Webster definition of a robocall is “a telephone call from an automated source that delivers a prerecorded message to a large number of people.” Robocalls are not always scam callers informing you of unpaid tax bills. Rules dictated by the Federal Trade Commission establish that certain robocalls are allowed to contact you without permission. Legal robocalls include:

So what criteria does a robocall need to meet to be deemed illegal? According to the FTC, robocalls that try to sell you products or services are illegal if the company does not receive written permission directly from you to contact you this way. Furthermore, you have the right to revoke this permission at a later time. To put it simply, if you are receiving a robocall trying to sell you something, it is very likely that the call is illegal.

The most straightforward solution to decreasing the amount of robocalls you receive is not picking up any calls from unknown numbers. Even just picking up the call with a typical “Hello?” may result in the robocall flagging your number as “active”, identifying you as a target for future robocalls. Pressing any keys on your number pad is also another way to be flagged as “active”. Over time, as you are gradually removed from these “active” lists, your phone will cease being a target for scammers. Unfortunately, this solution comes at the cost of not answering legitimate calls. As we will discuss later, there are a number of apps available for users to download to avoid these limitations.

The purpose of every scam robocall is to take your money. If you do end up answering a robocall, immediately hanging up is always the best solution. With that being said, a telltale sign of a scam call is being asked for personal information. It is possible for scam callers to disguise their numbers as an authentic number, or spoof a number,  so be wary of suspicious calls even if their number appears to be from a legitimate company. If there is ever any doubt about the authenticity of a caller when they request information, hang up, and then call the organization they claim to be representing with a number that is known to be authentic. Phone calls are one of the most common vectors of attack for phishing scams. As with any other phishing scam, the importance of spreading awareness for this scam is an important step in avoiding costly data leaks.

As mentioned earlier, you should avoid interacting with these calls as much as possible. Scam robocalls are known to record responses to voice prompts. This means that even a simple “yes” may lead you vulnerable to scammers using your voice to pose as you in future scams, or using the recording to “prove” that you consented to the purchase of a product or service.

Illegal robocalls are on the rise for one reason: money. Making automated robocalls has become a remarkably inexpensive undertaking. Prospective scammers are able to buy 28 spam calls with one cent. This low price combined with the ease of access to number-spoofing technology has led to a rapid escalation in the number of robocalls made in recent years. Furthermore, sales leads can be sold for as much as $7 per lead, which can become profitable very quickly since finding these leads is so cheap. If one out of every 10,000 spam calls turns into a sales lead which sells at $7, these robocalls will still double their initial investment.

As robocalling becomes an increasingly easy and profitable scheme for scammers to pursue,  what can we do to deal with these robocalls?

Do Not Call Registration

The easiest way to deal with legitimate telemarketers is to register with the FCC’s Do Not Call Registry. Registering a number is quick and free on donotcall.gov or by calling 1-888-382-1222. This registry is consulted by legitimate telemarketers to avoid fines of up to $43,792 per call. Unfortunately, the vast majority of unwanted calls that are received these days are from illegal robocallers, which the Do Not Call Registry cannot protect you from. Since most of these illegal calls come from overseas, it is difficult for the FCC to trace and stop these calls. Thankfully, technological improvements have been made to give users more options in managing robocalls besides this registry.

One option for dealing with unwanted spam calls is utilizing the whitelist tool that is present on many cell phones. This tool allows users to restrict calls that come from unknown numbers. If you have already developed the habit of not answering calls from unknown numbers, then this tool will streamline that process even further, since these calls will go straight to your voicemail or will be screened at the touch of a button. But if you are expecting a call from a number that may not be in your contacts (doctor, mechanic, job interview, etc.), you may need to temporarily disable this feature.

On iPhones running iOS 13 or later, you will find this option under Settings > Phone > Silence Unknown Callers. This setting will send callers not on your contact list straight to voicemail and notify you under the Recents tab that you received a call from an unknown caller.

For Android phones, tap the Phone icon and then tap the three dots at the top right of the screen. Next, navigate to Settings > Blocked Numbers to enable Block Calls from Unidentified Numbers.

In the case of Google Pixel phones, there is a built-in tool called ‘Call Screen’ that asks a caller to identify themselves and their reason for calling. To use this tool,  tap Screen Call on the home screen when a call is coming in.

Although most robocall-blocking apps require monthly or yearly subscriptions to operate, they have proven to be a relatively effective method of deterring spam robocalls. Well-established services such as Hiya, RoboKiller, and YouMail receive incoming calls and then shut it down if the call is determined to be a spam call. These apps work by constantly updating their black list of scammers and robocallers. In the case of Robokiller, the app blocks the number and then directs the call to a voice recording which wastes the scammer’s time by making them think that they have been connected to their actual target. Similarly, Hiya blocks the number and then directs the call to a “Not in Service” message, fooling scammers into removing you from their call lists.

One of the biggest advantages to using these apps is the aggregating and utilization of an extensive and dynamic blacklist. The fluid nature of this list means that scammers must constantly dedicate more effort to spoofing numbers in order to circumvent these lists. And as we will further discuss, spoofing numbers has become exceedingly difficult for scammers in recent times.

Fortunately, the epidemic of robocalls in the United States is being addressed by the FCC’s STIR/SHAKEN protocols. STIR (Secure Telephony Identity Revisited) / SHAKEN (Signature-based Handling of Asserted Information using toKENs) is a framework of standards that dictate how caller IDs are authenticated and passed from carrier to user. To put it simply, anytime a call is made, the service provider that is sending out the call has to establish the caller’s identity to be passed on to the service provider receiving the call. The terminating service provider then takes this information and authenticates it to determine whether a call is verified and trustworthy, or likely a spam call. This two-step authentication process is a new safeguard against spam callers spoofing numbers to make calls.

Even if spammers were to buy legitimate caller identities and have them verified through multiple carriers before sending out calls, suspicious activity will be flagged immediately. Furthermore, this new requirement for scammers to obtain and verify legitimate numbers leaves a paper trail that can be easily investigated.

Large companies were required to implement this technology by June 2021, while smaller phone companies have until June 2023. By September of 2021, if a voice service provider is not registered as having implemented STIR/SHAKEN, their traffic will be completely blocked. Furthermore, providers using outdated equipment will have to upgrade their networks to be able to adhere to STIR/SHAKEN standards. Consumers will not need to do anything to gain these benefits. Android users will be able to see if an incoming caller is verified directly on the call screen. On the other hand, iPhone users can see that a call has been fully verified in the call log with a gray checkmark. 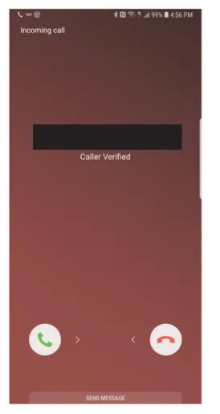 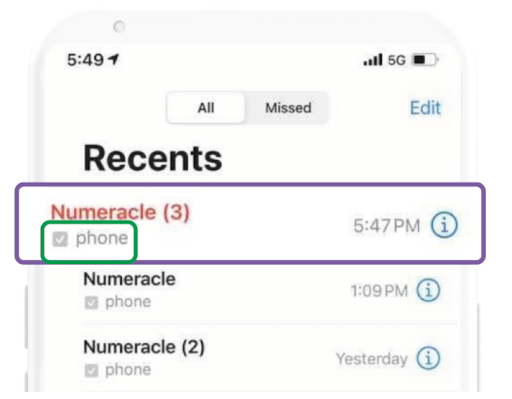 In theory, as more companies implement the STIR/SHAKEN standards and protocols, spam robocallers will be blocked from making calls and unable to easily spoof different numbers to get around these blocks. As robocalling becomes increasingly difficult and the profit margin diminishes, scammers will decide that it is not worth the trouble to attempt circumventing these new protocols.

Our Role in Fighting Robocalls

Here at NoContractVoIP, we understand how much of a nuisance it can be to constantly have to deal with robocalls. Furthermore, we recognize the enormity of this robocall epidemic. The FCC estimates that robocalls cost Americans $10 billion a year in fraud and $3 billion a year in wasted time. With that being the case, our skilled technicians have implemented a series of measures to do our part in thwarting scam robocallers.

As well as having registered with the FCC as adhering to STIR/SHAKEN protocols, our technicians have established rigorous monitoring standards regarding outbound calls to ensure that nobody is using our network for automated robocalls. Patterns that are indicative of an automated calling system are immediately detected by our system monitoring protocols. As soon as we receive a notification of suspicious call activity or traffic, our technicians are immediately dispatched to investigate and determine whether or not the account needs to be shut down.

Find What You're Looking For!