If you are planning to buy electronics as gifts for this holiday season, you may already be too late. Although Christmas is still more than a month away, consumers should prepare to see popular electronics already sold out, marked up by resellers, or afflicted by lengthy delivery times. The severe global chip shortage that has been affecting the consumer electronics industry since the beginning of this year will only worsen as holiday shopping begins to ramp up and consumers begin to realize the extent of the shortage.

So what caused this scarcity and how does it affect consumers? And when will it end?

What Led to This

A perfect storm of various unrelated circumstances have resulted in a chip shortage affecting countries around the world. From a global pandemic to international political tension, the causes of this issue are numerous and far-reaching.

The Rise of 5G

According to market forecasts by J.P. Morgan, consumer demand and global adoption of 5G is surging and will continue to rise for the next couple of years. Research from J.P. Morgan analysts estimate that 5G smartphone volume will increase from 525 million units in 2021 to 725 million units in 2022. This new rapidly-growing technology requires the manufacturing of new devices that will support it. The iPhone 12, which was the first to be 5G-compatible, sold more than 100 million units within 7 months.

As the COVID-19 pandemic reached critical status in 2020, many workers were forced to make a transition to remote work. At the peak of the pandemic, remote workers accounted for 33% of the workforce, up from 6% pre-pandemic. Relocating daily work to a home office required many workers to update their existing home office setup. For many, this possibly meant purchasing a webcam, laptop, printer, etc. As you can imagine, all of these products are dependent on chips to function properly. 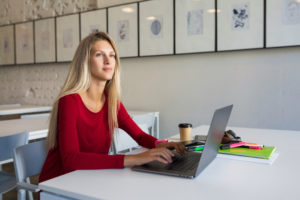 The rapid rise of shipping costs have resulted in consumers having to wait longer and pay higher prices for products across every industry. Demand for shipping containers has skyrocketed as consumer behavior has begun to normalize with the release of COVID-19 vaccines. Furthermore, new safety precautions and health regulations have caused disruptions in the supply chain. These shipping difficulties have also negatively affected chip manufacturers and buyers. Shipping had never been an issue to these manufacturers in the past since their products are so small, but with the average price of shipping a 40-foot container quadrupling in one year, and shippers being overbooked,  they are still starting to experience the effects of the supply chain problem. 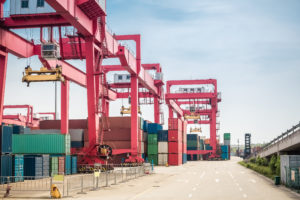 In 2019, Huawei was placed on the Bureau of Industry and Security Entity List, effectively banning U.S. companies from conducting business with the Chinese telecom company. This came as a result of Huawei being accused of building backdoors into its equipment for the Chinese government to conduct espionage. Huawei’s significant market share in the telecommunications industry made this ban a watershed event in the global technological economy. In spite of U.S. sanctions, Huawei became the largest smartphone vendor in the world, passing Samsung in 2020.

As the U.S. ramped up sanctions leading up to the Entity List announcement, Huawei began to stockpile chips to prepare for the inevitable ban. An inability to do business with American companies meant that Huawei needed to accumulate chips before the ban was official, so that they could minimize any production interruptions. At the company’s annual conference, deputy chairman Guo Ping acknowledged the stockpiling of chips in response to the U.S. restrictions, “In terms of the chips, in the middle of September, we just rushed to stockpile some.” 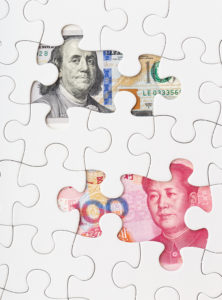 On top of all of the previously-mentioned circumstances, a series of completely unrelated natural disasters and factory mishaps took a significant toll on global semiconductor chip production.

In February of 2021, a particularly severe winter storm in Texas caused power outages in 4.5 million businesses and homes. Furthermore, it caused about $295 billion in damage throughout Texas and killed more than 100 people. Among the businesses affected was NXP Semiconductors, who were forced to shut down their chip manufacturing plant due to the extreme weather conditions. NXP has a 44% market share in the field of radar sensor chips, which are commonly implemented in cars to support automatic braking before a collision. 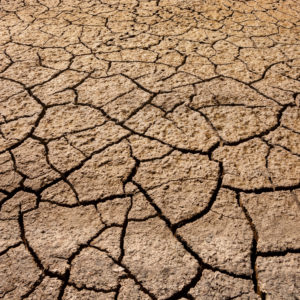 How Does this Affect Consumers

As the auto industry has evolved and begun to incorporate more electronic technologies in their vehicles, manufacturers have become increasingly dependent on the availability of processing chips. According to analysis by Deloitte, electronic systems accounted for 35% of a car’s cost in 2010, which is up from 22% in 2000. Now-common features such as blind-spot alerts, back-up cameras, and automatic emergency braking all rely on the computing capabilities of processing chips. Unsurprisingly, the ongoing chip shortage has forced many carmakers to leave out high-end features in their vehicles. Blindspot-monitoring rear view mirrors have been removed from Ram pickup trucks and Nissan is eliminating navigation systems from thousands of their vehicles. Furthermore, the overall cost of cars is expected to rise due to manufacturing interruptions. Vehicles missing chips are set aside to be completed once the missing chips are acquired. Disassembling the vehicle to install the missing chips at a later time results in more labor being required to finish the process.

Even since release day,  consumers have had a difficult time purchasing the newest generation of gaming consoles. Microsoft’s Xbox Series X and Sony’s Playstation 5 have suffered from unending supply issues, leaving many gamers unhappy especially as demand skyrocketed due to the COVID-19 lockdown. According to Sony, there have been less Playstation 5 consoles sold in its first year of release than its predecessor solely due to supply issues. For many consumers, the only options they have are to simply wait out the shortage, or buy the consoles at insanely marked-up prices from scalpers online.

Due to smartphone manufacturers stockpiling chips leading up to the shortage, the smartphone industry has navigated the shortage with relative impunity. But as this crisis has continued, manufacturers have begun to struggle with supply. In the case of Samsung, the snowstorm in Texas had an especially severe impact on their production, costing them over $270M in production loss. Their production has been hindered to the point that they have considered skipping the launch of a new Galaxy Note. As other manufacturers begin to adjust to their dwindling supply of chips, consumers can expect difficulty in purchasing older models of phones.

As seen in the situation with smartphone manufacturing, consumers can expect to have a limited amount of options when shopping for laptops. Since manufacturers prefer to place their scarce chips in premium models, it will be difficult for prospective laptop owners to find low-end to mid-range laptops in stock. As a result, consumers will have to make a choice between spending more money on high-end models of laptops or having to wait for lower-end models to be available and be shipped out. 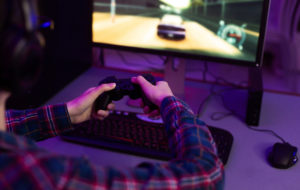 Although a COVID-impaired supply chain can be blamed for limited household appliance stock, chip scarcity is also considered a major factor. Chip makers have prioritized high-tech, expensive semiconductors. As a result, low-tech chips, such as those used in household appliances, have become increasingly difficult to obtain. Substitutions for these scarce chips are usually more expensive, if they fit existing circuit boards at all. 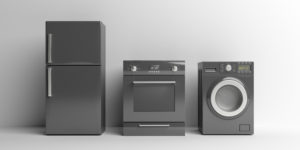 One of the most significant obstacles to restoring the chip supply and demand balance is the prohibitive financial cost of building new chip factories. The precision and cleanliness required to build these sensitive chips means that these factories call for state-of-the-art manufacturing equipment and an environment that is completely sterile. As a result, the price tag for a new semiconductor factory can typically reach up to $20 billion. The transistors that are packed onto a typical computer chip can be smaller than 45 nanometers. For reference, the thickness of a sheet of paper is about 100,000 nanometers. With that being said, it is easy to see how even a speck of dust can completely disrupt the desired behavior of a transistor. In a typical hospital operating room, you can find about 10,000 dust particles per cubic meter of air. On the other hand, a semiconductor manufacturing room must maintain a particle level of about 10 dust particles per cubic meter.

As tension between China and Taiwan continues to rise, global chip production could be in jeopardy. Taiwan’s status as the world’s leading chip producer could place the global chip supply chain in danger if relations with China escalate into armed conflict. Civil unrest and war would certainly disrupt chip production for an indefinite amount of time.

The recent chip embargo imposed by the United States on China has only aggravated this fragile relationship. A historical parallel to this situation can be seen in 1941, regarding the relationship between Japan and the United States. In this case, oil was the vital resource in question, instead of semiconductor chips. Japan’s failure to produce synthetic oil from coal combined with the United States’ gasoline embargo resulted in Japan invading the Dutch East Indies and Malaysia to take control of their oil fields. As we will discuss later, the United  States is taking measures to become less dependent on Taiwanese chip supply to prepare for this worst-case scenario.

Thankfully, the United States government has made attempts to ease the ongoing chip shortage. The Creating Helpful Incentives to Produce Semiconductors for America, or CHIPS Act, is currently being deliberated in the House of Representatives. This bill would allocate more than $50 billion to chip manufacturers for research and new infrastructure. This legislation is a small step towards tapering global dependence on Taiwanese chip manufacturing.

When Will it End?

According to an Intel executive, consumers should expect the chip shortage to worsen by the end of 2021. Furthermore, he predicted that it would likely take more than another year for supply to normalize. But as society transitions back to their traditional workplace and manufacturers catch up to demand, there is a possibility that the chip market experiences an overcorrection in supply. Currently, chip manufacturers are benefitting from heavy investment in research and development while also expanding their capacity and maximizing production. Consumers will have to wait and see if 2022 marks the beginning of a new standard for chip manufacturing.